What's In A Name | Warrior Women 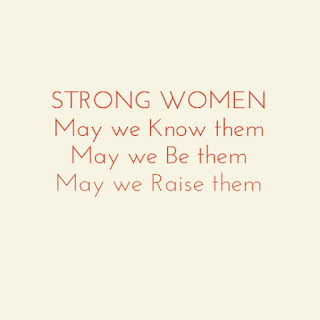 And the LORD God said, It is not good that the man should be alone; I will make him an help meet for him.
-Genesis Chapter 2, Verse 18

Helpmeet, suitable partner, counterpart...these are just some of the words we think of when we talk about Biblical womanhood and they are great words, IF we know what they mean, but often they sound like what you'd say to a five year old as you asked them to help you with dinner. "Want to be my helper?"

But as we look at the Hebrew word "ezer kenegdo" we see another view of the name God calls women. First, it's only ever used once more, to describe God Himself as Israel's "helper" during their desert season. And secondly, the word picture it promotes through the Hebrew letters is something along the lines of "the one who goes before me and sees my enemy."

It's more military than kinder-garden and it speaks to leadership in a way in which the English word does not. And doesn't that feel more true?

Women are warriors, and where they lack in physical strength (as Paul notes) we make up for in "eyes that see the enemy."

We are tacticians and atomosphere setters and changers, maneuvering this spiritual life as only momma warriors can. And the enemy is terrified of it.

I am wholly convinced that the way women have been treated and in many circles are still, is an enemy tactic that reveals how scared he is of what sits within each of us. If men are physical warriors, what's the easiest way to take them out and confuse them?

Blind them. Kill the tacticians, take out the eyes. Discredit the scout.

Now more than ever we must see the value in each gender, without tearing down the other. And we must stop defining what each gender must look like. Gender, femininity, womanhood--is an identity in which you do things FROM. It is not about how we look or what we choose to do.

You won't find me today at a women's march, because without love, character and integrity these marches are just clanging symbols to a world that is already noisey.

No, today you'll find me sitting in front of a mentor group of women, encouraging them to find their identity, strength, and voice in the Lord so that they can confidently walk into any room or stage and change the atmosphere just by being who God called them to be. Peter healed people with his shadow, and there is a generation of women warriors who love Jesus, standing ready at the gates, who yearn to be poured into and called out, so that that they can change the world.

We need women to be empowered from a place of true identity, and that image-- that is what makes the enemy shake in his boots.

And that is how we'll change the world.