When Knowing Who You Are Isn't Enough 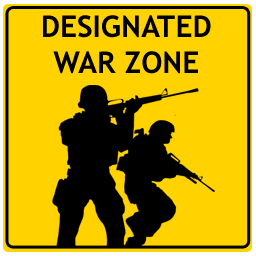 2 For we wrestle not against flesh and blood, but against principalities, against powers, against the rulers of the darkness of this world, against spiritual wickedness in high places.
-Ephesians Chapter 6

Amidst the hustle and bustle of holidays, this year I found myself in a particularly low pit of thoughts. It's been a rough year––I've lost relationships, watched people I love struggle, battled illness, disappointments, and unmet expectations––and so I found myself thinking things like this:

IF I'm the daughter of the King....why is this happening?

What did I do wrong?

Did I somehow cause this?

I'd worked for years on my identity, and I thought I had it down until I turned to this passage:

Then it hit me. Knowing who I was, was only half of it. I'd forgotten WHERE I was.

And it's easy to enough to forget as an American Christian, because our world looks peaceful. Unlike the Syrians, or the Sudanese, most of us will not see the damages of war, and in some ways that is not to our benefit.

Imagine a princess who is dropped in the middle of a battle, but doesn't know it. Warriors fight on either side of her, swords clashing, chaos, people dropping around her. A blad accidentally grazes her arm as she stumbles into the middle of the two warring sides, blood pouring from the wound. She moves forward scared and frightened. This isn't how it's supposed to be...this isn't right, I'm a princess, so why is this happening? Why does this hurt? Am I being punished? Did I do something wrong?

I'd imagine she'd be feeling just as lost as I was, because I'd lost sight of where I was.

We live in the middle of a Kingdom that has come and is yet still coming, in the midst of a war that is raging though the ending is assured. We live with the reality of failing bodies and broken people with the hope and promise of restoration.

We live in a war zone.

The writers of the Bible plead with us to be vigilant, and rightly so, because in war casualties still happen.


Stay alert! Watch out for your great enemy, the devil. He prowls around like a roaring lion, looking for someone to devour. 1 Peter 5:8

For though we live in the world, we do not wage war as the world does. The weapons we fight with are not the weapons of the world. On the contrary, they have divine power to demolish strongholds. We demolish arguments and every pretension that sets itself up against the knowledge of God, and we take captive every thought to make it obedient to Christ." 2 Cor. 10:3-5

No weapon that is formed against you will prosper; and every tongue that accuses you in judgment you will condemn. This is the heritage of the servants of the Lord, and their vindication is from Me," declares the Lord." Is. 54:17

In all these things, we are more than conquerors through Him who loved us." Rom. 8:37

The Good News is that Peace is coming. It has been assured. He is coming, and with it the restoration of all things, but in the meantime, we sit in the middle of the story, armed with the knowledge of who we are, where we are, and what's to come.