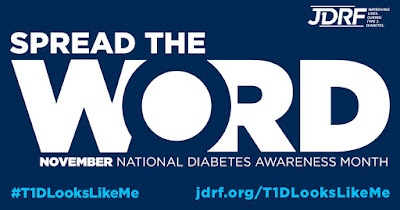 Disclaimer: I believe God heals, I also believe medicine heals, and I definitely believe that there are natural ways to boost healing. So, now that that's settled, please don't comment with suggestions about cinnamon, confession, spiritual roots, supplements, or unicorn pee as methods I should try for healing. God and I are good, my doctor is awesome, and I'm probably already on any supplement or oil you can think of because I am #supercrunchy.

It's Type 1 Diabetes Awareness month, and the point of this post is to help you understand Type 1 diabetes, which comprises only 5% of all diabetics, and really if we're being real, Type 1 isn't "diabetes" at all. "Diabetes" describes the result (lack of insulin) to the diseases (type 1 and type 2), not the cause. The causes are very different, and so is daily life living with it. 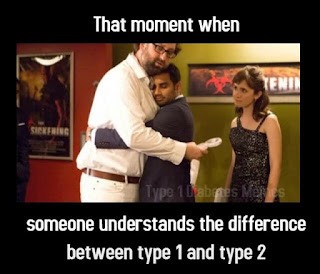 Want to understand more? Ask. Research. Learn. And most importantly....donate to ethical research so that a cure can be found.
Email Post