The Difference Between Forgiveness and Restoration... 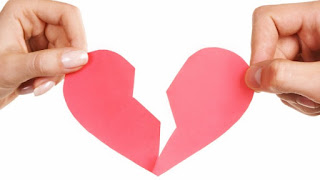 To forgive is to set a prisoner free, and that person is you.
-Lewis Smedes

There's a common feeling amongst those who have been wronged as Christians and it comes up often for those trying to achieve forgiveness. It's this-- "is it wrong to not want restoration?"

In the Christian world we are taught to, and commanded to by the Bible, forgive those who've wrong us.

Forgiveness is the act of letting the person off the hook.
It is largely something we do for ourselves. To hold unforgiveness is to constantly let someone take up space in your heart and mind.

Restoration is something we do with and for both ourselves and the other person. It is marked by that person becoming safe enough to enter back into relationship with. And the thing is, it doesn't always happen.

In Beyond Boundaries, John Townsend has this to say about dealing with those who have wronged us:

When words don't work, boundaries must come next. That is, when an individual doesn't acknowledge the effect of his or her actions on you, you will need to set a limit. The limit protects you from further damage, but it also provides an experience for the other person that can be more powerful and have more impact than your words...

Think of it like this, if someone hit you in the arm and they asked for forgiveness, you could give it. But if they did it again, you may not want to stand so close to that person again.

It's the same emotionally. If someone wrongs you, you can forgive them while waiting to restore the relationship to see if they are safe.

Many Christian leaders have rushed this process, confusing the two terms, and encouraging people to let down their guard--to "forgive and forget." And many are now walking around wounded, wondering what they did wrong, tolerating abuse, and feeling guilty when their hearts tell them that the person isn't trustworthy yet.

David and Saul are perfect examples of a relationship in which forgiveness and honor are given, but restoration is not. Saul was like a father to David, who grew up in the palace as the next anointed, best friends with Johnathan, Saul's son. But Saul becomes jealous and eventually goes after David to kill him. David spends years on the run with a band of men to defend himself, and though you'd think he'd want revenge, he vows never "to touch the Lord's anointed." Restoration never happens between David and Saul, but honor and forgiveness (on David's side) does.

It would have been foolish for David to try and reconnect with Saul. Saul clearly intended harm for David. Would we have told him to "forgive and forget?" Would we have encouraged him to go back to the palace and try to restore the relationship?

Yet how many of us feel guilty when we won't re-enter unsafe relationships with others?


Do not give dogs what is sacred; do not throw your pearls to pigs. If you do, they may trample them under their feet, and turn and tear you to pieces. -Matthew 7:6

Jimmy Evan's describes three things that an apology must have and I believe it's these things that restoration will take:
If these things aren't presented and walked out, the person is not safe enough to re-enter into a relationship with. This is where boundaries can and must be set. John Townsend says it like this:


Anyone, at any time, can reject your boundaries and that is a tough reality. The other person always has a choice...and you have to accept it. Your choice to have a boundary must be protected, and his or her choice to not agree must be also... -Beyond Boundaries, Townsend

As Christians, while we have "the ministry of reconciliation," we must also learn to come to terms with the reality of free-will. Someone can choose not to be safe.

Some relationships, only God can mend. And that's okay.

Do you have a relationship that's broken? Have you forgiven? Do you feel guilty about wondering whether there can be restoration? Below are some resources to help:

o forgive is to set a prisoner free and discover that the prisoner was you. Lewis B. Smedes
Read more at: http://www.brainyquote.com/quotes/quotes/l/lewisbsme135524.html?src=t_forgiveness
Email Post