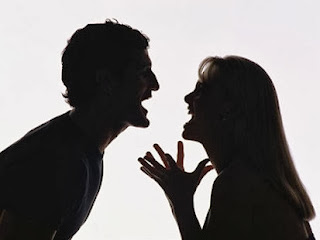 In a world where famine, poverty, disease, and social unrest are increasingly apparent, we often long for someone to blame. We want to blame the government, the private sector, advertising agencies, wall street, the rich, the poor, and even each other. If you've watched facebook or twitter lately, you can see the war of Christian on Christian as we debate politics, social issues, and theological ideas. Dave Ramsey has been taking quite a bit of heat lately for his article here, accused of blaming the poor, favoring the rich, and being ignorant of the cultural and social causes of poverty. One article has literally placed Christian against Christian in a battle of who knows better. (And can I just say the likelihood is that none of are completely right!)

But the problem with all of this is that cultural and social issues are extremely complicated, and we often don't see the forest through the trees.

In the first century, the Jews too were facing heavy problems. Rome had taken over most of the known world, including Israel. On top of that were a ruling class of Jewish elitists called the Pharisees who were burdening them with even more rules. Social unrest and political upheaval were part of their daily life! They blamed the government that ruled them, the religious orders that crushed them, and even each other.  The Messianic prophesies then viewed through this framework meant that the Savior would come in, swords blazing, and set up the Jewish state that they'd always longed for.

They wanted an answer that made sense in light of their circumstances.

But if this advent season teaches us anything, it's that though God is interested in solving our problems, it's often not in the way that we would.

Because you see, instead of a Savior riding in to conquer the Romans, God sent a baby born to an unwed teenage mother, in a barn, under the humblest of circumstances. This was His answer.

The Hope Of The World came in swaddling cloth, destined to do so much more than conquer a nation. He came to conquer human hearts with a love so deep, so radical, that it would get Him killed, and then...He would conquer even that.

Just like with the Jews, the answers to our problems will not come from blaming someone else or arguing about whose view is right. Us vs. them arguments are but clanging symbols in this war, because the problem is oh so much deeper than governments and classes. It is deep within the human heart. Let us remember that this season as we wait for Christmas day, when hope is born again.