Give us a King!

6 But when they said, “Give us a king to lead us,” this displeased Samuel; so he prayed to the Lord. 7 And the Lord told him: “Listen to all that the people are saying to you; it is not you they have rejected, but they have rejected me as their king. 8 As they have done from the day I brought them up out of Egypt until this day, forsaking me and serving other gods, so they are doing to you. 9 Now listen to them; but warn them solemnly and let them know what the king who will reign over them will claim as his rights.”
~1 Samuel 8~

Election season has finally come to a halt and we are in the last wee hours of choosing another president. To be honest, this is about the time I start unsubscribing from people's news feeds.It's exhausting to watch people banter and argue, as if that will change anything. 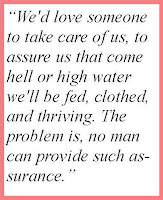 I won't talk about my political affiliation (which would shock some of you) or who I voted for. I will tell you this: there are political parties out there that promise change, that promise to take care of us, to make us equal, to erradicate poverty by robbing the rich to give to the poor. And it sounds great, it does--in theory. We'd love someone to take care of us, to assure us that come hell or high water we'll be fed, clothed, and thriving. The problem is, no man can provide such assurance.

Israel went through this too. God called all Israel up to the Mountain to commune with God, but instead they sent Moses. And God meant to have a relationship with each person, and instead Israel demanded a King.

In response God told Samuel to warn them of the following:

18 When that day comes, you will cry out for relief from the king you have chosen, but the Lord will not answer you in that day.”

Will we as a nation demand a King to rule over us? Or will we turn our hearts toward the real King?