How Much Do You Love Me?

Romans 1: 20 For ever since the creation of the world His invisible nature and attributes, that is, His eternal power and divinity, have been made intelligible and clearly discernible in and through the things that have been made (His handiworks) 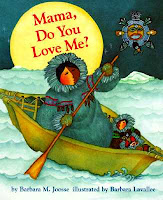 One of my favorite books as a kid was called "Mama Do You Love Me?" It's about a little girl who asks her mom just how much she loves her. Her Mom in response tries to give her daughter visuals to help her comprehend her unconditional love.


But unconditional is hard to fathom, especially in regards to God's love for us.


So let's pretend, just for a moment, that we're the child, and God's trying desperately to help us fathom the unfathomable, to grace us with just an inkling of what an infinite, limitless, unconditional love He has. How does He do this? What examples can He give us?


It's wide, it's vast, it's filled with millions of twinkling objects of all sizes and colors, and stretches farther and wider than science has been able to glimpse.


What if (and bear with me here) God made the Universe just for you...just for me...to give us the gift of perspective?


Let's imagine for one moment that the Universe didn't exist. That our world stopped just short of the atmosphere. That we were never afforded the opportunity to glimpse beyond. Would we be able to even conceive of the infinite? I doubt it.


I know, it's a crazy idea right? Surely there's another purpose, or maybe some other life out there (and if so, I hope to meet some aliens one day). It seems extravagant that God would create this whole universe just to communicate the depth of His feelings for us. That seems ludicrous!


But then again so does God stepping into His creation to be tortured, hurt, and killed by the very ones He created that Universe for.


If there's one thing that's clear, it's that we serve a ludicrously extravagant God, determined to show His love for us.


So next time take a good look at those stars and grab yourself some perspective.


I bet you'll see them differently.