When Writing is Hard...

This blog will be three years old this July, but the past year and a half have been frustratingly slow on the writing side. Many things led up to this current writer's lag. Every once in awhile there were beacons of authenticity and productivity, as few and far between as they were, but more often than not I'd been stumped, devoid of vision or passion, wanting to write but unable to make it happen.


It was like idea constipation, I knew it was all there but it just wouldn't come out!


For months now I'd been consistently asking "why" both to God and to myself. I searched, I meditated on scripture, I read other's writings, I did all I could to grapple with my lack of creativity and where exactly it had gone to! A few weeks ago that familiar still and small voice rose up with in me...


What's the title of your blog?


And so I did, think about it that is, for two days straight.


I could just see the proverbial dunce cap over my head, beating myself up that I was missing something, which led to a landslide of self-criticism. I began to think about all the things I wanted to change both inside and out, a slippery slope that I knew had no end. Just as I felt I was about to hit bottom that familiar gentle whisper spoke...


A light bulb went off above my head (and the dunce cap was replaced!)


I'd been so with this journeying to become beautiful, that I'd bought the lie hook-line-and-sinker that I just wasn't good enough. That if I just became more this and less that, that I'd find acceptance. Coupled with that was the fear that what I really was (which I felt was anything but beautiful), was simply too much for people. Too passionate, too outspoken, too feisty, too everything! Putting that out there was risky and frankly scared the hell out of me.


Writing was something that required my very heart, but I'd been scared to show that to the world. Scared of rejection, of criticism, of confirming the lies I'd believed for so long. So instead I strived to be something I thought I needed to be, instead of being simply me.


In fact I'd been so busy pursuing beauty that I failed to see that beauty was pursuing me, the beauty of a relentless God bent on showing me just how beautiful and worthy I am.


So after I had some serious heart surgery, this blog got a face lift. And the writing thing? Well you can say it's a work in progress, just like me. And while I feel a bit naked, I'm ready to risk it, knowing that God has given me something unique and special to bring to this world...

Song of Solomon 1:15 How beautiful you are, my darling! Oh, how beautiful! 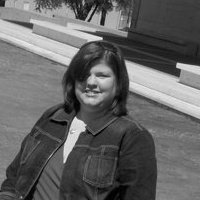