He called her out... 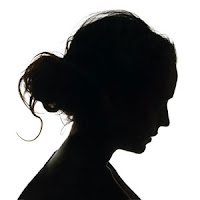 She'd traveled a long way to reach Him, following the talk for days, trying to pin point His location, and hoping He had answers. She squinted into the desert sun, thinking about only one thing--her daughter. Leaving her was the hardest thing she'd ever done, but she had no choice. She wasn't well enough to travel and this man, this Jesus, was her only hope.

Her friends and family had begged her not to go, calling her a fool. Who was she to think that a man, a Holy Man even would help her, a Canaanite!

Maybe I should just give up and go home, she thought. Maybe they were all right.

And then she heard them. A crowd gathering over the next valley, and though she could barely see beyond it, she knew...it must be Him. Tired as she was she ran towards the One who could save her daughter, pushing through the crowd, determined.

She cried out meekly....

Mercy, Master, Son of David! My daughter is cruelly afflicted by an evil spirit.

But nobody responded. She steadied herself and cried louder...

She shrank back in fear and shame, bracing herself for what He'd say to her. She was just a Canaanite after all. She was nothing, nobody. Her shoulders slumped and she lowered her head in anticipation as he turned toward her and spoke.

It was His eyes she noticed first. They twinkled in a way that gave her chills, as if He knew something she did not.

It's not right to take bread out of children's mouths and throw it to dogs.

It sounded harsh, but the look on His face was kind, playful even. When He looked at her, it was like He could see right into her. Her whole life she'd believed she was nothing, a woman scorned, a Canaanite piece of trash, and even a bad mother. But the way Jesus looked at her...something told her He was calling her out.


She took a chance and spoke boldly.

You're right, Master, but beggar dogs do get scraps from the master's table.


He grinned and nodded. She'd understood His point

Oh, woman, great is your faith! What you ask for is done!

She smiled, her shoulders no longer slumped. She walked away taller, knowing in her heart what she'd find when she got home.

Her daughter would be healed, but so too, was she.

When I first read Matthew 15, this exchange between the Canaanite woman and Jesus was hard to understand. It felt like He was telling her that she wasn't good enough. It seemed harsh and flippant.

But that didn't sound like the Jesus I knew.

And then I wondered, if we could've seen the exchange, would we have seen a small grin on His face as He talked with her? A twinkle in His eye?

Could it be that maybe He wasn't chastising her?

Maybe He was calling her out.

Calling her out on all the lies she'd believed, both about herself and God. Unworthy. Unseen. Less than.

He was calling her to boldness, to confidence, to healing.

But mostly, to Himself.


Let us then approach God’s throne of grace with confidence, so that we may receive mercy and find grace to help us in our time of need.
~Hebrews 4:16