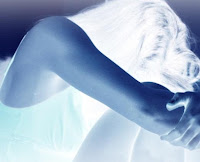 May is the month of Mother's Day but for some whose arms are empty it's a reminder of what they've lost, and what they believe they are not. For every woman who has lost a child, for those who've been silently storing the pain away, hiding in shame or guilt, I tell my story because more than anything you are a mother too.


My husband walked in our room and prodded me gently awake. With one eye opened I glanced down at the object in his hand. A card. Confused I scrolled through the dates...not my birthday, not our anniversary. What had I forgotten....what was today?

The lettering was sparkly and pink. I squinted in surprise, skipping the gushy hallmark-worded poem to the handwritten note and its ending.

I'm sorry she couldn't be here with us today.

I inhaled so sharply my ribs felt like they'd cave in.

Six years ago, while we were still newly-weds I was surprised to find out I was pregnant. Still getting used to the idea of being wife, mother wasn't exactly a role I was ready to embrace. In fact, I cried for a week straight, distraught on what this would mean for our lives. I remember one reply from a close relative. There’s a way to take care of that...

And a few weeks later it would turn out that I didn't have to.

We were so young, so new to each other and marriage. Very few of our friends were married, much less pregnant, and nobody we knew had ever lost a child. Telling my friends about it, they all nodded, speechless. I recognized the blank stares, the I-have-no-idea-what-to-say face, and sometimes the annoyance. For them, and even for my husband, the loss was immediate and final.

For me, I bled for weeks, each day a reminder of what I was losing, and the guilt that part of me had wanted to. I felt alone, and somewhere in there I embraced the thought that I wasn't a real mother because my arms were empty and somehow I’d wished it that way.

So Mother’s Day has always come and gone without much attention. It was for my mom, my Nonna, but never-ever for me. I wasn't a mother, and I didn't deserve to be. A few years later I lost another child to miscarriage. This time I tried to seek help.

I found a few scattered support groups, but their loss seemed more real than mine--more justified because I had not wanted my first one. Who was I to mourn, to cry, to even think God would give me a child when I'd been such a horrible person?  And though I would later realize that my husband was hurting too, at the time I felt like the only one on this road. Alone. Abandoned. Forgotten, and my children too. I turned inward and my fertility journey became something shameful that I hid, even from my husband. When I did talk about it, it was like I was speaking about some other girl, some other loss and when friends experienced it after I did, I stumbled over my words for what to say, unable to help someone go through what I hadn't owned or even let in.

Six years later, the acknowledgment that she'd (I knew she had been a she) been there had opened the floodgates of my heart. Somebody was recognizing my loss, acknowledging the pain...

She'd been there, been real.

And my loss was real too.

Until that card I had no idea of the guilt and shame I felt, the grief that I realized I'd been carrying without naming it, the blame that I placed on myself when I could find no one else.

Something broke in me that day, the dam that opened the floodgates of passion to share my story, to open myself up to my own pain, to my husband’s, and to the hope that one day our arms will be full, my heart no longer clouded in worthlessness, guilt, and shame.

Do you like your card?  My husband whispered quietly. I nodded.  You are a Mom, he said gently, rubbing my back. Happy Mother's Day.

Yes, I whispered back.

He breathed deeply and I saw the tears roll down his cheeks before they hit mine, the card a naming, an acknowledgement of his pain too.

Yes, I suppose I am.