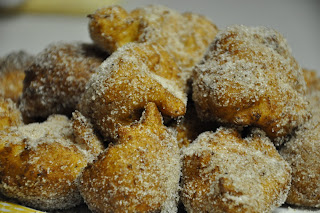 Buona Festa di San Giuseppe! While I'm not Catholic, I am Italian-- straight of the boat...and when I say that I mean that I'm the first one born here. My family's from Rome, and that's where my Mom grew up (with a brief stint in Saudi Arabia for Granpa's work), until she decided that she wanted to go to college here. She met my dad here in the States and well, the rest is history.

While we live in the states...we're about as Italian as it gets--- we have Sunday dinners, we talk loud even when we aren't arguing, my mom lives literally a block away from my grandmother, I have a great uncle named Benny that no one really knows what he does...

My poor husband has finally gotten used to this dynamic...even embraced it! 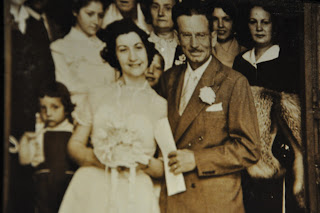 Nonna and Granpa Albert on their wedding day in Rome, Italy. He was from Oklahoma and they met through friends, becoming pen pals. She spoke very little English and he never really spoke Italian, but they both spoke the language of love. She was a single mom at the time and he was a single dad. Together they had my mom, the youngest of the three girls by 14 years. 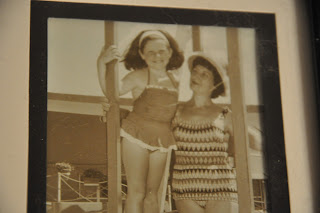 Mom and Nonna at the beach, probably in Lavino, Italy. (My aunt still has a beach house here)

When I looked at the calendar and realized it's the festival of St. Joseph, I knew I had to make some Zeppole. There are as many recipes for Zeppole as there are towns in Italy. Everyone has their own way of making them. My nonna's recipe is actually more of a cream puff...but it's time intensive and requires some preparation ahead of time. So instead I chose an easier recipe. I didn't have ricotta cheese so I subbed what I had--greek yogurt--a bit non-traditional but it worked just as well if not better (with the yogurt, you don't have to mix it in a saucepan like you would if you had to melt the ricotta). These are amazing, and though not very healthy they are perfect for a treat!

Warning--for some reason gluten free batter always tastes awful, but the cooked result is perfection. Nobody could tell they were gluten free!

Preheat equal parts veggie and corn oil in a pan on medium, filling it at least four inches high. In a large mixing bowl combine the dry ingredients. Beat the eggs in a separate bowl and then add them and the vanilla to the mixture. Finally add in the greek yogurt. The dough will be extremely sticky.

Once the oil is the correct temperature, spoon in dough, making sure that it does not cook too quickly. If it turns golden brown immediately your oil is too hot and it will end up only cooking the outside, leaving the inside runny and inedible. As these cook they will actually turn themselves over. Make sure each side is a dark golden brown before taking them out of the oil.

Once ready to take out, place on a plate lined with paper towls to soak up excess oil. While hot, roll in equal parts cinammon and sugar with 1 teaspoon nutmeg, and 1 teaspoon pumpkin pie spice added in
--this process takes two people as you want to roll them right after they've been placed on the lined dish--a perfect recipe to make with a partner. 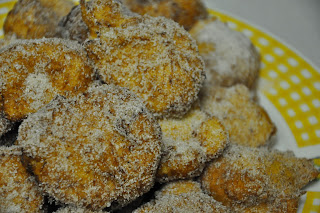 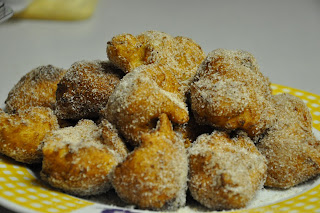