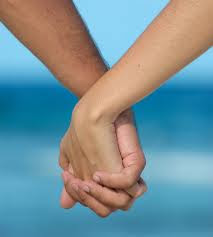 Matthew 8:14
Jesus Heals Many 14 When Jesus came into Peter’s house, he saw Peter’s mother-in-law lying in bed with a fever.
Peter and his brother Andrew were simple fisherman when He came calling, a rag tag beared man, a stranger. He'd heard prophesies about the Messiah, but this man in commoners robes seemed more like a humble priest than a King. But something was different about Him. There was kindness in His eyes and authority in His voice. When He spoke, Peter's heart felt like it had been set afire, tingling from head to toe. This man was somebody, somebody important.
We know that Peter was married because much later in the story Peter's mother-in-law is healed from a deadly fever. He likely had a wife and a family. Can you imagine the conversation that happened in their home that night?
"Honey I've got this amazing opportunity to be a part of something grand. This man, He's different. He makes me feel different just by speaking. He asked me to be a "fisher of men" and while I don't quite know what that means, I know I've got to be a part of this!"

Can't you just see the horrified look on her face? Her husband was asking her to pick up and leave everything she knew; her friends, her family, her way of living--- all of it---gone. And to what? To follow a man shrouded in mystery. Was he a holy man? A lunatic? A revolutionary genius? Or worse, another tyrant King. Israel didn't need another one of those....Rome was enough.
Peter's wife, who is by the way never named, had a decision to make. All she had to go on at first was her husband's urging. The internal struggle that came of that, I'm sure, was one of both trust and terror. But we know the ending. Peter went. He followed, and so it seems, did she.

This unnamed woman of faith, she gives me strength. Strength to know that God is bigger than common sense, bigger than my situation, and that sometimes what He asks me to do may be outside my comfort zone, but it's always with a bigger plan in mind. I can only fathom the things she saw and heard; people healed, raised from the dead, set free, her husband walking on water with Jesus ....would she have traded any of that to stay in that small fishing village?
I don't think so.
I'm sure Peter's wife could have wallowed in the way her life had turned out. Being the wife of an apostle had its drawbacks too, begging for food and shelter, without a permanent home, living off the generosity of others, and I'm sure there were days where she got left behind on the more dangerous trecks they took. But she stayed faithful and became not just Peter's wife, but Peter, the rock, the one on whom the foundation of the church would be laid. She got to watch her husband transform from follower to leader, from a doubter and denier to a man of utmost faith. She got to hear and watch him preach, teach, admonish, heal, and set free those in bondage.

Whatever we're facing, whatever we're asked to do, there's a bigger picture in mind, a plan for our lives and our marriages that's bigger and better than we ever could have thought. Peter's wife reminds us of the rewards that come from being faithful even when it's hard. Even when it's in the background. She's never named, her story line is silent, but in the end I don't think that mattered to her.

Her silent story gives me strength to carry out and be faithful when things are difficult for me. To hold on, fists-clenched and white-knuckled to the promises of God for me, for my marriage, for my husband, and for my family. To believe that the difficult times are part of a larger tapestry, the finished product of which I simply can't see yet.


2 Corinthians 1:20
For no matter how many promises God has made, they are “Yes” in Christ. And so through him the “Amen” is spoken by us to the glory of God.
Email Post