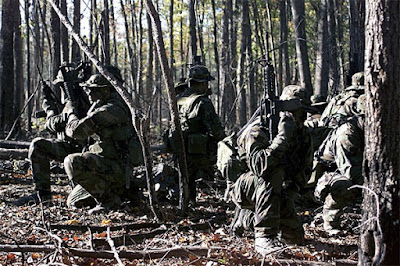 She sits in the mirror silently touching the lines in her face, that sag under her eyes, the freckles she's loathed since she was little.

You're ugly. Nobody will ever love you. You are worthless.

He sits in the unemployment line contemplating what he'll tell his wife this time, how he'll meet the eyes of his two precious children when he gets home.

You have no purpose. You are nothing. You are useless. Give up now.

He finds himself once more at the computer screen. The women he looks at cannot love him back and he finds himself disgusted and helpless. He can't stop himself and with each look, he feels a piece of himself dying.

You are too messed up, you might as well keep going.

The enemy doesn't fight fair. He is not a front-lines-kind-of-guy, rather sticking to the shadows, darting in and out, a whispering cloud of cowardice.

And he's got his strategy down pat; take you out before you're even in the game, make you believe that you are worthless, coaxing you gently to lay down your will.

His tactics are not obvious. His voice sounds like your own. You would recognize an obvious affront so he stays hidden, slyly influencing.He prefers guerrilla warfare, hiding amongst your own thoughts, finding your weakness and attacking just there.

The thing about the enemy is that he has no real power except that which we give to him. He has no real authority lest we hand ours over. His only power is in tempting us to agree with him. He'll whisper lies, fabricate evidence to support them, and do all in his power to make you believe what you hear.

The battle we fight is the one that is waged in our minds, and for our hearts. This is the most important battle you will ever fight, and you're in it already whether you want to be or not. There is a war waging for you because your heart is that important. You are important, you matter, and you have a destiny that makes the enemy shake in his boots!

You are princes and princesses, daughters and sons, whose Father has already won the war.

All you need to do is remember who you are.

10 Finally, be strong in the Lord and in his mighty power. 11 Put on the full armor of God, so that you can take your stand against the devil’s schemes. 12 For our struggle is not against flesh and blood, but against the rulers, against the authorities, against the powers of this dark world and against the spiritual forces of evil in the heavenly realms. 13 Therefore put on the full armor of God, so that when the day of evil comes, you may be able to stand your ground, and after you have done everything, to stand. 14 Stand firm then, with the belt of truth buckled around your waist, with the breastplate of righteousness in place, 15 and with your feet fitted with the readiness that comes from the gospel of peace. 16 In addition to all this, take up the shield of faith, with which you can extinguish all the flaming arrows of the evil one. 17 Take the helmet of salvation and the sword of the Spirit, which is the word of God.
Ephesians Chapter 6
Email Post