I'm joining Gypsy Mama in her Five Minute Friday Challenge. We write because we love words and the relief it is to just write them without worrying if they’re just right or not. No editing, no back peddling. We take five minutes on Friday and write like we used to run when we were kids. On Fridays we write like we believe we can fly. Won’t you join us? Today's subject: Grit 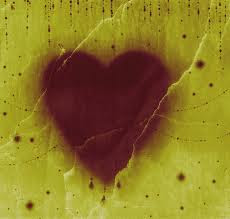 I turned through a round about and watched as a car almost swiped me, my hand instinctively reaching for the horn as if to tell the car "Stop, I'm here!"

The car sped by, almost clipping my front end, and in the window was a woman with her middle finger up and anger on her face. When our cars met at the stop light, the woman rolled down her window and screamed, "You dumb, fat, b****."

Those words reverberated and bounced around in my soul, and as much as I don't want to admit it, they stuck like unwanted gum on the bottom of my shoe. Throughout the night I wrestled with those words, ugly, unwarranted, full of fury and anger that was probably not at me....it probably had little to do with me at all.

The grit and grime of humanity. Hurt people hurt others, contagious, like a bad cold. A wounded heart is a dangerous weapon to wield and it's chosen form of attack is usually words.

God formed the world with His words. He spoke and it appeared. He speaks and mountains move, people are healed, and strongholds are broken.

That night when I got mad at my husband and said a few choice words, I stepped back in horror, realizing that woman in the car and I? We weren't so different at all, and I was sorry that my words might stick unwanted to someone else too.

We all have that grit and grime in us.

It pains me greatly and frees me to admit mine--those places where my heart needs a good washing, where it's broken and needs fixing.

Grace for the grit.

He's enough to wash us both I think, that lady in the car and I.