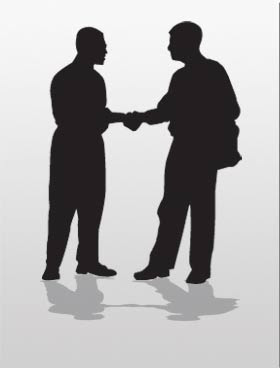 Last night I watched as Glenn Beck (a Mormon) opened for our own Pastor Robert Morris on the last night of our "First Under God" Conference. Gateway is an evangelical, non-denominational church but make no mistake--while the slogan is "we're all about people," we're also all about truth too. Week after week Pastor Robert preaches challenging sermons, the first to draw a line in the sand.
And yet Pastor Robert chose a self proclaimed Mormon to speak at our pulpit, a pulpit that has 20,000 members in our regular weekend services, at a conference that had even more viewers through live broadcasting and DayStar TV. And if there was any question about his affiliation, his speech confirmed that with references to the Mormon tabernacle choir and his baptism into the Mormon church.
It wasn't an hour later that the criticisms hit twitter, facebook, and the local water cooler. Questions flooded in from concerned members and viewers alike. Is Glenn Beck really a Christian? Was his speech sincere? Is the Jesus he knows, the same one we believe in? What is Gateway's affiliation with the Mormon Church? Is Gateway endorsing the Mormon Church? What kind of message does this send about absolute truth? What message did Mormons who came to hear Glenn Beck come away with?

Valid concerns, all of them. But really, not the point.
What we witnessed last night is something rare in our world. So rare in fact, that when we do see it, we don't always recognize what it is. Two men stood in front of us of differing viewpoints, calling themselves friends devoid of any ulterior motives other than love. Because of this love and respect, they can disagree and still come away feeling that same brotherly love they started out with.
People are no longer taught how to lovingly disagree with others while holding their own beliefs true. Others go the opposite direction, confusing tolerance with love and grace. What we see in the media and even in our own churches is division and judgment. The church itself has split off into hundreds of denominations, disagreeing on doctrines both big and small, all in the name of being 'right'. It is a rare person now that can do what they have done, who can have friends of differing viewpoints and faiths, and still show them love, respect, and honor.
We need to recognize that hearts will not be won for Christ through legalistic debate, condemnation, or hate. No, hearts are only won through sharing the love and grace Christ has for us with each another.
Last night one man invited another, giving him the highest honor he could, to speak to his congregation. He did so knowing full well that he would be scrutinized, but I can only fathom a guess, that he believed that his friend's soul was worth it. This other man accepted that honor, and in doing so knew I'm sure of the criticism he would receive on the other end. What both men did, that is radical grace and love.

Who can know a man's heart? Who can see behind the scenes to conversations held in private? Who can say who knows our Lord or not? And in embracing a man in love are we condoning a whole sect? These are questions to me, better left to God. Our job is simply to show His love and through it, the truth.

That's what happened last night. It doesn't mean anyone bent the truth, crossed a line, or decided to endorse a whole other faith. It means we believe in the love and grace we've been shown so much, that we're committed to showing it to others.

In our church, all are welcome.
And that's exactly why I love it.
Email Post
Labels: culture