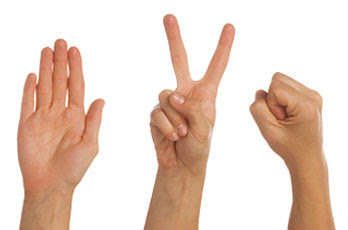 Above all, love each other deeply, because love covers over a multitude of sins.
1 Peter 4:8
Rock, Paper, Scissors! 1,2,3-Ha! I win!
What? Why?! That's not fair!
Paper always covers rock, duuuh!
I didn't get it. I was eight and all my reasoning said that paper was flimsy, prone to tearing, and certainly less sturdy than a piece of stone. Stone totally trumped paper, that was just common sense!
Much later, at 22 to be exact, I heard a sermon on love and forgiveness. It was about Noah and his drunkenness, about his nakedness, about his vulnerability. His son Canaan had come in to discover his father disheveled and indecent, and while his elder two brothers covered his father, Canaan took the opportunity to shame him. Noah's elder son's love covered his nakedness, while Canaan's hate only succeeded in exposing his own heart.
Like paper, love is an unlikely underdog to sin. The world says that love cannot cover greed, hate, ignorance, infidelity, abuse, racism, or even murder. It seems arbitrary and idealistic. The world would tell us that love cannot make those things disappear, but it's the only thing that can.
To love someone who has or may hurt you is risky. It's bold. It's radical. But it's the only way to move forward. Withholding love doesn't say something about the person, it says something about you. Withholding love means entertaining malice, and that's like drinking poison and expecting the other person to get sick. What was in Canaan's heart-hate, anger, bitterness- only hurt himself, and while Noah's sin left him exposed and naked, Canaan's actions exposed the deep ugly parts that lay still inside his heart.
We're asked to cover one another in love, not to keep things hidden, but because we are called to acknowledge the best. That is love. Noah's indiscretion did not speak to who he really was. It was a fact, yes, that he'd been found drunk and naked, but the truth was that Noah was a man of God who had over and over again shown his faithfulness. Noah was not the sum total of his sins.
When we love someone we choose two things; to call out and believe the best in someone, and to reject the right to judge them. Both are for theirs and our own benefit. Judgement is meant to come from God, not us. Judgement, in human hands, makes us hard-hearted and bitter. By loving others, we lay down that judgement. Judgement is a heavy burden to bear. Love frees us from the bondage of thinking that we are in control.
Jesus said His yoke is easy and His burden, light. Today, I believe Him. Do you?
Who do you need to cover in love today? What judgments do you need to let go of? Who needs the cover of love and grace in your life?
Email Post