A letter to Penn State 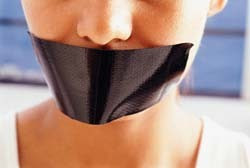 Dear Penn State,
I get it. A man you respected and loved committed a great wrong and is now finally reaping the consequences. You're confused, you're angry, you're shocked. In fact, what you're going through is relatively normal. You're grieving and the first stage of that is shock and denial. It's common to want to overlook the wrong. To pretend it didn't happen. You want to rally beside Paterno because the truth that he could have stopped dozens of boys' lives from being ruined is a truth too great to associate with the man you love.
Next there's anger. You've clearly shown the world your anger, but it was misdirected. Instead of being angry on behalf of the victims, the boys who suffered the consequences of Paterno and McQuery's silence (not too mention the actual perpetrator), you directed it at everyone else. You turned over cars, you broke windows, you shouted and you screamed but for what?
You rallied behind Paterno and turned him into the victim, casting aside the boys, now men, who suffered the abuse, and in the process you sent a message to abuse victims everywhere----Don't talk. Stay silent, because when you do you ruin good men's reputations. You perpetuated the lie that silence is the answer.
But silence is the problem.
Those boys had their voices taken from them not just by the perpetrator but by the one's who covered up his sin. Football and reputation became more important than truth and justice.
Paterno's cowardice had consequences, for him, for the boys, and now for the University. What we fail to oppose by speaking out, we silently condone. Edward Burke once said, ‎"In order for evil to flourish, all that is required is for good men to do nothing."
If this teaches you anything, it's that people are messy and multi-faceted and good men are capable of great evil. Instead of lashing out at the world maybe it's time to turn inward. To process, to accept, and to hope. To know that in this world there is both good and bad, and that the solution for both is found in the One who died for you, not just so you could get into Heaven but so that you could hope again, so that you could live, so that you could find your voice and help others find theirs.
Grieve, be angry, let what happened challenge all you knew, let it challenge your reality. Question and doubt and let that spur you on to seeking truth.
But do us all a favor? No more riots. Truth be told, it just makes you all look like chumps.
Sincerely,
Me
Email Post