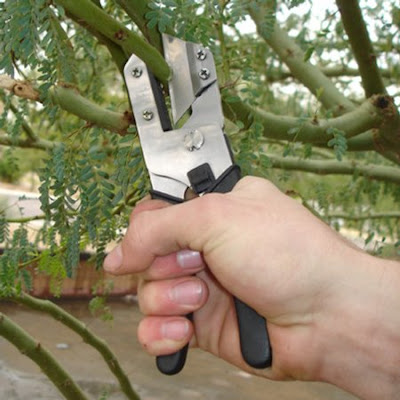 Every branch in Me that does not bear fruit, He takes away. And every one that bears fruit, He prunes it so that it may bring forth more fruit.
John 15:2
I sat looking at my Nonna's very sad rose bushes who had to my annoyance, decided not to bloom this year. "What did I do wrong?" I asked our neighbor, perplexed. I'd fed, watered, and fertilized everything I could.
"Did you prune them?"
The answer of course was an emphatic no. It was later that I'd learn that pruning the rose bushes did four important things:
I'd forgotten what seemed to be rose gardening rule numero uno!
There was a time where I'd felt much like our sad, headless little roses. Stuck in a place I'd rather not be, out of winter, but not yet in full bloom. I call it the "in betweens." The in-betweens are frustrating for a myriad of reasons. You've struggled and possibly come out of something, and now you're stuck somewhere after tragedy but before victory. It's like the Hebrews in the desert, the period between the Exodus of Egypt and the Promised Land. Eating manna can get a bit tiresome for anyone. So why the in between? Why the desert? Why not jump straight out of Egypt and into the land of milk and honey?
Let's take the time to imagine just for a second that the Israelites didn't wander, that God let them right into the middle of the many battles it took to take the Promised Land. Would they have been prepared for what lay ahead (remember that in order to take the land they had to fight many battles where they were outdone and outnumbered)? Probably not.
In fact, God's heart was always for their success (Jeremiah 29:11), but He had to weed out those things that would have led them to fail; idolatry, ungratefulness, cowardice, greed, disobedience. All of these things had to be purged in order to set the Israelites toward their destiny. In order to conquer the land they had to trust and press into God and those weeds had to be pulled out to accomplish that. The desert was for their good.
Like them, our deserts are also for our good. The in betweens are for pruning our hearts and readying our character for the adventures ahead. Much like pruning roses, the in betweens do several important things including:
My latest in between lasted more than two and a half years and it was hard to walk out. However it was during that time that I learned much about myself and even more about God. Though I was pruned and pressed, looking back if I'd stepped into where I am now with who I was then, I would've crashed and burned. Ultimately, the in betweens, prepare us for our God-ordained destinies by helping prune our hearts of anything not submitted to Him. .
Pruning hurts, but the end result is well worth it. The Promised Land is worth it. If you're in an in-between, a place where you aren't quite happy with where you are, it may be that you're a rose bush badly in need of pruning (aren't we all!)
But the blooms next year? Oh yes, they will be beautiful! 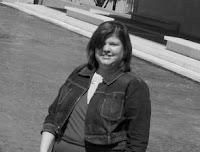 Alex is a set free, transformed, loved woman of God who enjoys writing, photography, and a good book when she has time to read and is the founder of the blog 'Journey to Beauty'. She loves her family which includes her amazing husband Kevin, her fiesty grandmother Nonna, and her two dogs and cats. She has a passion for community, and for seeing people set free to find who they're created to be. Alex attended the Boston Conservatory of music as well as Central Christian College of the Bible in Moberly, Mo. She currently serves on staff at Gateway Church in the role of administrative assistant within Compassion Ministries and is a wiz at typing, stapling, and all things office related but most of all she gets to serve alongside a team that is slowly changing the world!
Email Post
Labels: freedom life-giving principles