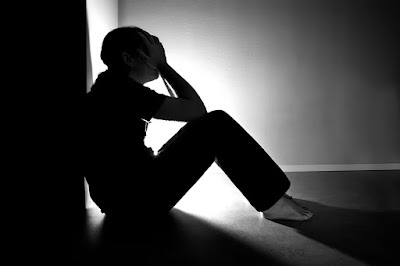 Our English dictionary defines hope as "to look forward to with desire and reasonable confidence." It springs forth our of the belief that things can and will be different. That we have purpose and a future.
But hope for some is risky.
What if you grew up in a world where disappointment and pain were everyday occurrences? What if you grew up in a family where the idea of hope was not only insignificant but dangerous. Hope meant opening yourself up to the possibility of disappointment, and that had happened too many times to count.

The word "deferred" in Hebrew is "mashak" which literally means to sieze or scatter. Hope seized and scattered makes the heart sick, and more importantly it makes the heart hard. For those who have grown up with abuse, their experiences tell them that hope is risky. Hope leads to disappointment and disappointment to hurt and that simply isn't worth it. It's easier to accept what is, that to hope for what could be.
It's a defense mechanism that we learn to survive, to protect ourselves. Our bodies and minds instead stand poised, waiting for the next shoe to drop because.... it always has.
There's an old proverb that says something along the lines of 'if you go looking for something, you'll usually find it.' If you look for the bad and the ugly, you'll find it all around you. In fact focusing on the negative keeps your focus on your problems, resulting in being surrounded by the very thing you don't want. You can't get free by focusing on what you don't want.

Hope is scary. It's vulnerability at it's best. It's opening yourself up to the possibility of pain but also to the possibility of freedom. There is a stirring in the body of Christ for hope. In a world that tells us of hopelessness, despair, and pain, there is a fire burning. All around us are hurting people. Politicians and religious figures alike have gathered followings by simply saying the words "hope" and "change."
Doesn't that tell us something?
People are hungry for hope. They are hungry for change. They are hungry for God.
I have feared to hope, considering the risk too great. I have told God that my problems and pain are bigger than him and I have placed my faith in my defense mechanisms. I have let my experiences define me and those around me. I have feared disappointment and releasing control.
But I serve a God who believed in hope and change so much that He sent His only Son to die for that. I serve a God that bled to see the prostitute transformed, the lepers healed, the hurting made hole, the prisoners set free, and the world changed. I serve a God who didn't give up on me and who is coaxing me, whispering to me about a future and a hope, about His plans to prosper me. He whispers to me about change, about freedom, and about beauty.
I'm ready to be vulnerable. I'm ready to open my hands up wide to receive what He's giving me. I'm ready to relinquish control. I'm ready to hope.
Are you?

Hebrews 11:1 Now faith is the assurance of things hoped for, the conviction of things not seen.
Email Post
Labels: life-giving principles