Defeating the Lies About Children 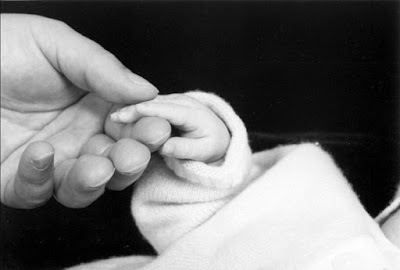 Do you have kids? When do you and your husband plan to have kids?

These questions daunted my young married life. It all started about three years ago, the first year of my marriage, when I was 23.

It was a curious thing: Whenever I logged onto Facebook or some other social medium, instead of the usual “I’m eating a sandwich,” or “So-in-So poked you,” I began to be greeted by a steady stream of photos and status updates as friends and acquaintances started a journey of becoming pregnant and raising children.

At first, I thought these people were either the really passionate women who all their life had desired to be nothing but mommies, or “victims” of unplanned pregnancies. But then the trickle exploded into a rushing river, and pretty soon… I felt like the only wife out there NOT having kids.

My reaction to this culture change and alienation was stubbornness and even snobbery. You see, I was a serious professional, with a serious job. And truthfully, I was extremely grateful to the Lord for my job, which He used to humble me and ordained for me right out of college in His kindness and deep affection. But also truthfully, I probably took a little too much pride in my job, my benefits, and my frequent flier status on American Airlines. Obviously, it was His will that I had something “better” for my life than children as a 20-something, right?

Because of this attitude, I gave the enemy an opportunity to come into my heart and erect a stronghold. The stronghold was my distrust in God to rule and remain sovereign in this area of my life. I was convinced that my husband and I would be happier, more prosperous, and healthier in our marriage, etc. if I asserted control and we waited. And waited. And waited.

Meanwhile, through the lens of this stronghold, I saw my young friends who were having kids as being locked in their home, held captive to nursing infants, subjected to endless hours of Baby Einstein, scrubbing all sorts of projectile bodily fluids out of beds, carpet, couches, and the bathtub, and totally out of touch with what’s happening in the nation. (And seriously, what the heck was “Tummy Time,” and how on earth could that be the highlight of their day?)

Pretty soon, the stronghold had me wanting everyone to know I wasn’t agreeing with the lifestyle of mommydom, and that even good 20-something married Christian girls who loved the Lord and their husbands can be perfectly satisfied without having kids. But the truth is, I had a chip on my shoulder. And the stronghold grew bigger, causing alienation among friends who were mothers and even sweet family members who felt like they were walking on eggshells around me if the topic of children ever got brought up.

The lens by which I viewed the world backfired and made me increasingly insecure, and had me thinking people didn’t love me for who I am, just my uterus’ capabilities. Even more insidiously, the enemy began to whisper to me accusations: “You’re a disappointment. What’s wrong with you? Why are you selfish? Everyone else is wondering why you hate children. Why aren’t you like other women who love kids? Maybe your husband should have married one of them, not you.”

Then one cold January morning, I woke up and realized—despite family planning tactics—that I could be pregnant. After taking an at-home test, (okay, three) any twinge of excitement I had when I saw those double lines was clouded by this negative thought: “There goes the life I was looking forward to having.”

I wrestled and cried before God for days. And then God whispered to me, “Trust Me. I’ve opened doors you didn’t know could open. I’ve always provided for you .”

I acknowledged His sweet, gentle truth, and thanked Him for what He was going to do in our lives with a new baby. I asked forgiveness for not trusting Him, and although I wasn’t totally happy with being pregnant, I moved forward.

Moving forward meant my husband and I soon learned via sonogram there was, in fact, no baby. Called “blighted ovum,” somewhere along the way, the fetus stopped developing and all I was left with was an empty sac. When the doctor told us this news, I entered uncharted territory involving all the emotions and loss of dealing with a miscarriage. In His lovingkindness, it brought Scott and I closer together as a couple.

But when it was over, I was motivated to remain even more determined against prematurely bringing children into our life, and also to check off a shallow bucket list of “achievements” before everything would be “altered forever.”

Yet in His sweet conviction and deliverance, through a gradual healing process, God showed me it was so much more than a desire to just get a few things accomplished. I had made a poisonous, negative judgment closing my heart to desiring children. The judgment was: Having children ends your career and causes stress, damage and upheaval to finances, marriage, home, and physical appearance.

When He showed those judgments to me, He was telling me two things. Accidentally pregnant, I submitted to Him because I had no other option, but I didn’t fully trust Him, and didn’t continue to trust Him after the miscarriage was over. Secondly, the judgments I had made were so grandly against what He says about His children. Instead, He says: Behold, children are a heritage from the Lord, the fruit of the womb a reward. Like arrows in the hand of a warrior are the children of one's youth. Blessed is the man who fills his quiver with them! He shall not be put to shame when he speaks with his enemies in the gate.

But it didn’t stop there. Going even deeper, He gently revealed my offense against the 2nd commandment. You see, while I looked at other moms with sympathy for the “stress” I saw in their lives, I was worshipping my security and the standard of life I wanted. As much as I claimed to love Him, God wasn’t truly my security. And to me, having children meant sacrificing this security I worshipped: my paycheck, benefits, order and cleanliness of my home, or free time with my husband. Even absurdly enough—the circumference of my waist, or the length of my hair (I don’t want to get a “Mommy-cut”!).

And finally, in the most merciful of ways, even despite my idolatry, brokenness, and judgment, God honored and blessed me by shattering the enemy’s lies about me. One of the ways He loved on me was by revealing how He imparted maternal abilities and gifts I was already practicing before my children ever entered the picture.

God brought to my awareness my ability to nurture. You see, I LOVE to cook—not just prepare food with excellence, but I love to feed people. I take so much pride in sitting down with my husband for dinner, and watching him cut into a carefully prepared tender cutlet of beef or chicken, or listening to his groans of pleasure at a good dessert, or even his eagerness to find a full pitcher of specially prepared mango mint lemonade in the fridge.

And what began as a much-needed aesthetic overhaul of our front yard turned into another passion as I learned to take great zeal in gardening, learning about plants, and bringing new species and colors home. My care of each plant rewarded me by yielding seasonal change, beautiful flowers or mature growth. I remember coming home from work and squealing with delight when the Carolina Jessamine heralded the coming of spring with its yellow trumpet-shaped blooms, or when the Burford hollies let me know by their bright red berries that Christmas was soon approaching.

And finally, God crowned this blessing by reminding me of a prophecy He gave me through a church presbytery when I was merely 18 years old. I was weeks away from heading to college, filled with all the hopes and anticipations of what lay ahead, and not even dating anyone.

Out of a dozens truths God imparted to me that night about His love for me, my gifts and talents, out of nowhere, the man prophesying over me said:

“The Lord wants you to know you’re going to be a good mother.”

I cried out to God in this revelation in my absolute brokenness, thanking Him for His unfailing mercy and abundant grace for me. I asked His forgiveness for my idolatry and distrust, and praised Him as the Author of Life. While He knit me together in my mother’s womb, His promise endures that He will knit together His children in my womb. And yes, I rejoice that even a one such as myself is forgiven and redeemed from the lies and strongholds of the enemy!

I pray that you may find encouragement in that whatever season you may be in, or whatever area of your life, marriage, family, career, or home that has you believing the enemy’s lies, God would faithfully reveal His truth and shatter the chains that bind you from living the abundant life God has ordained for you. Our God is Mighty and He can do exceedingly, abundantly far above all we can ever ask or think!

Erin is blessed and loved immeasurably by a kind and redeeming Father who masterfully knit her in her mother’s womb. He created her with a heart for worship, loving her husband Scott, cooking, feeding people, gardening, kitty-cats, and the occasional jog. She studied communications, government, and worship music at Liberty University in Lynchburg, Va. Scott and Erin have been members of Gateway Church in Southlake since 2003. Erin has worked since 2007 for a nonprofit think tank in effort to promote economic freedom and change hearts and minds across the nation and in Washington.
Email Post