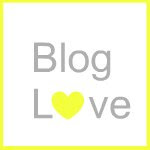 Sometimes there comes along a kindred spirit via the internet. Someone I know I'd be friends with if we simply had the chance to sit down and have a long chat at Starbucks over a chai tea latte (I mean, who doesn't love those!)

Read this and you won't be sorry. He gets it, thank goodness! Here's a guy that understands that whether we are shaming women to cover up, or infatuated with sexuality, the root is still the same---two sides to the same coin. Both are focusing on the wrong thing.

3) Our ideas about modesty are mostly Puritanically American, and no, there’s nothing fundamentally wrong with that, but we must remember that our “modesty” is far more a cultural standard than it is a spiritual one. In a society with a history of making sure that women’s breasts were things not to be talked about but rather covered up (for the sake of the male’s eyes/integrity!!!)–is it any wonder our culture has grown into one that worships breasts as only sexual objects? For a while in our culture, many of us seemed to forget or ignore what breasts were really made for–bringing nourishment to babies. Thankfully that’s changing. But perhaps. Just maybe. If we Americans created a society where breastfeeding in public wasn’t taboo, we’d be reminded on a regular basis the true purpose of breasts and we wouldn’t be so quick to turn them into sexual objects… and maybe… just maybe… women would stop feeling the social pressure to have breast enhancement…

4) Some of my reasons are because of how I was raised. Once a month for 12 years school years, I watched my female classmates forced to line up in the hallway, one straight line of girls kneeling, all waiting for a teacher to walk by and measure the distance between the floor and the hem of their skirts and also the distance between the lowest point on their blouse and their clavicles. If the distances were too great, they were sent home or forced to wear the school’s official “ugly sweater,” my school’s version of the Letter A. I had three sisters. I watched all of them kneel in that line. And I have witnessed firsthand how my church’s modesty laws have affected various aspects of their lives, from insecurity to parenting to how they interact with other women with different modesty ideals than their own.