Your Body, His Temple 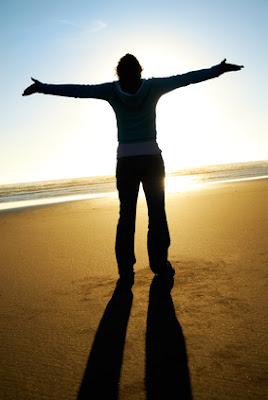 19 Do you not know that your bodies are temples of the Holy Spirit, who is in you, whom you have received from God? You are not your own; 20 you were bought at a price. Therefore honor God with your bodies. 1 Corinthians 6:19-20


Genesis 1:31 tells us that at the end of the sixth day, after the animals were created, after we were created, before He rested God took a look at all He had made and called it "good." The Hebrew word there for "good" is "tuwb" (Strongs 2898) and God uses it again in Exodus 33:19 to describe Himself. It's also found in Psalms 31:19 and is used as one of God's characteristics. The word "tuwb" is found in 10 more verses, all either describing God's character or the things God provides (which are "good.")

Now we all know what happened next; the fall, and thus the brokenness of His creation. All was not "good" anymore.

Ever since then we have been in the midst of a grand story of redemption that ended with the Last Adam, Jesus Himself, dying for our brokenness and conquering death. His mission, and God's ultimate goal; to restore creation to it's original design.

In the Old Testament, because of our brokenness, God could not dwell with us. Where He once walked with Adam and Eve in the cool of the day, He chose to dwell in the tabernacle and then in Solomon's temple, both made with the specifications He ordered. Solomon's temple according to 1 Kings 7, was bronze and gold gilded, filled and furnished with only the best. It was not just functional and practical.....it was grand, it was ornate, it was beautiful.

When Jesus restored creation, God could finally again dwell with mankind, and instead of an ornate temple He chose our hearts as His dwelling place, His Most Holy of Holies. The Hebrew word for heart ("lev") contains two Hebrew letters that create a word picture that literally means "house of the shepherd." That means our bodies are his temple and while they are functional and practical, they are also ornate, made by His detailed eye, and most of all beautiful. Our bodies are "good" in every sense that God is good.

He made you---all of you, including the physical parts. If 1 Kings 7 teaches us anything it is this; that we serve a God who is not only concerned with the practical and functional, but with the smallest details and with beauty. There were things in Solomon's temple that did not serve any other purpose than to be beautiful. They served no practical or functional purpose other than to glorify God.

There is still a worldview in Christianity that teaches that even after salvation our bodies are and will always be dirty, evil, and prone to sin. That our bodies are only vessels and that we should feel shame and guilt if we find anything good in them, that they are merely functional and practical instead of magnificently detailed and beautiful.

This view which we can call for all intents and purposes spiritualism, discounts God's original intent for the Earth. The Earth, and everything in it, was once called "good" and we were meant to have dominion over it. The solution is both here and futuristic; at the end of ages the permanent solution is not for us all to live happily ever after in heaven as spiritual beings. Revelation makes it quite clear: eventually there will be a new heaven and earth--His kingdom will be here. Eventually what is tangible and earthy, and what is spiritual will be fused together as one, as it was intended to be.

Spiritualism is a twisted truth that glorifies our spiritual side and minimizes our human (earthly) one. It sounds good, to discount everything in light of a higher, more spiritual calling, but it was not God's original intent. Both sides of who we are, the temporal earthly one, and the spiritual one, were called good. To discount one for the other is to trivialize and minimize both God's creation and His intent for it.

It's implications are widespread and create much bondage...women trapped not only in head to toe burkahs, but villainized and shamed for their beauty. Teenagers who agonize in the mirror daily, maiming and starving themselves in a culture that's gone to the reverse. Women who believe their value lies in only their looks, lusted over and perverted by the men that use them.

The problem with an unbalanced worldview is the scales can tip either way. Spiritualism and Carnalism come from the same root problem: they each value a part of ourselves and discount the other.

Biblical Christianity is the balance of both. Understanding Jesus' redemption and restoration of original creation should not only give us the freedom to have a healthy respect and awe for God's craftmanship, but it should give us the ability to enjoy them in a healthy way as well. With that should come the understanding of God's future intent for creation--the marriage, once more of the earthly and the spiritual. A place where God can walk with man in the cool of the day, and where you can see "life" and "knowledge" hanging from trees.

What we have here is temporal, yes. It is not the finished design. Most certainly, it is not the end of the story. But you can't discount the middle of the book just for the ending. We are redeemed and restored, and most of all--called "good."

31 God saw all that he had made, and it was very good.