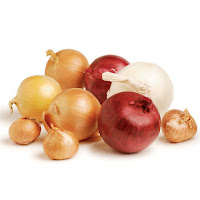 I looked down at the sweet card someone had given me, and inside was what they thought would be a compliment. It went something like "no matter what you do, you are always just 'you' and I love that."

It was a suprise attack. Somehow I hadn't know those feelings were there...at least not in a way I could articulate them. I knew that there was this gnawing sensation that something was wrong in the last few months but I couldn't quite place what it was.

My first reaction was annoyance...

God, haven't we already been through this before? You've told me I'm valuable, I've listened, and I've gained some freedom here and there. Don't tell me we need to go there again!

He didn't need to tell me, because I already knew. It was time to go one more onion layer deep. It was time to peel back some more lies and wounds. Kicking and screaming the whole way, I went, knowing that it'd be painful, annoyed that I could no longer hide what had been festering for so many years.

When I was little I can remember wanting nothing more than to simply fit in...the way most children do. Sticking out meant taunting, teasing, and shame. I had a good helping of that--shame. I was ashamed that I was (at that time) taller than anyone else, I was ashamed that I seemed to have different interests than other girls. The world around me told me who I was and I listened and believed them, and eventually I accepted that not only was there nothing special about "me", but that being me was the real problem.


So I tried to fit a mold. I tried and acted and finally threw my hands up in exhaustion. Trying to be like someone else is the most tiring thing I've ever tried to do, and the most unproductive. It was reading that card that day that finally let me put words to the shame I'd felt for so many years.


And then God brought to mind all those in my life who had affected mine simply by being themselves---a Pastor who believed in me, a friend who'd encouraged me and trusted me enough to be completely open and silly, a friend's parents who'd taken me in when I felt like my own family was in complete turmoil, the girl in my class who was kind and compassionate towards everyone....the list could go on and on, and as God kept bringing people to my memory...people that changed me...I realized that by not being myself, I was robbing others of the same thing I so treasured. I could make a difference to someone, I could affect them, just by being who God created me to be. In fact, that was His very purpose. Wow. At that moment I thanked God for his redundancy. Annoyance melted into thankfulness.


My friend told me a story the other day about her little girl. She'd fallen face first into the bathtub and swallowed water. My friend had picked her up and on her bare skin had hit her back over and over again, trying to make her cough up what she'd swallowed. I'm sure that hurt, and I'm sure that little girl was wondering why her mom was doing that, even though her mom was simply trying to give her what she desperately needed and keep her from harm. I felt like that at first...I didn't want to go there...I didn't want to hurt. But I realize now what my friend's little girl couldn't yet...that I was drowning and that God was simply giving me what I needed and keeping me from harm.