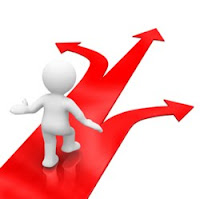 A staggering number of people have been taught that a select few Christians will spend forever in a peaceful, joyous place called heaven, while the rest of humanity spends forever in torment and punishment in hell with no chance for anything better…. This is misguided and toxic and ultimately subverts the contagious spread of Jesus’ message of love, peace, forgiveness, and joy that our world desperately needs to hear. ~Rob Bell
Since Rob Bell stepped onto the theological scene--I've been a fan. In fact I've enjoyed several of his recent books and videos. I love the honesty that he places within each one, that he isn't afraid to wrestle with the hard questions. So when I picked up Love Wins, despite the controversies and debate, I assumed that I was in for an interesting read.

Does a loving God really send people to hell for all eternity?

This is the question the book centers around. Bell struggles to reconcile a loving God with a just one and so Bell makes up a theology that's more palatable. Why he does this is clear--Bell's been hurt. He cites example after example of men and women who claimed the status Christian but whose actions were toxic and damaging. His spiritual wounds are open for the world to see--you can literally feel the hurt coming off the pages-- and it's clear that instead of finding healing, he's become bitter and disillusioned. I get that. I too grew up in a dead church full of judgment and hypocrisy, full of people who condemned instead of loved. It's one of the reasons I didn't become a Christian until I was 19 years old. But to understand how Christians should love, we need a good definition of Love.

Bell's book negates the one thing that truly makes love---love. A choice.

God could force us to love Him, but then it really wouldn't be love, it would be forced servanthood--true love is a choice we make and without that choice, we're really just predestined pawns. If God chooses for us, then the choices we make don't matter---and worse, our fate is already decided for us.

So does a loving God really send people to hell for all eternity?

The answer is no, but not for the reasons Bell cited. God doesn't send anyone anywhere-- in fact, He didn't even create Hell....that's a consequence of the fall. Our God puts a lot of emphasis on free-will. We're not pawns on a chessboard, or brainwashed servants. God gave us the ability to choose the life (and the death) we want. He's given us an option; a way out to the abundant life both in the now and the hereafter that He desires for us-----but it's our choice to accept it.

There are some questions that I'll nod in agreement with Bell on, like what about those who live in remote villages and have never gotten a chance to hear about Jesus, much less a chance to reject Him. Or will great men and women like Gandhi be in heaven? The answer--I don't know. But what I do know is this; that God gave us a gift--a gift that separates us from any other creature created. He gave us a will, the ability to choose, and it's up to us how we wield it.

If Rob Bell is right, if what we choose doesn't matter, than truly we all lose.

This day I call the heavens and the earth as witnesses against you that I have set before you life and death, blessings and curses. Now choose life, so that you and your children may live.
Deuteronomy 30:19
Email Post
Labels: book reviews culture