The value in play... 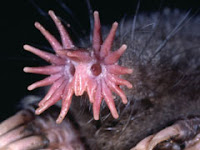 "Sometimes when a woman falls for a guy, she [asks him to change], and he changes so much that she loses her Huck Finn, the rascal in the man she fell in love with. Men are willing to change to make you happy -- but don't completely take the boy out of the man. You're gonna miss him." ~Matthew McConaughey

"...in the heart of every man is a desperate desire for a battle to fight, an adventure to live, and a beauty to rescue."
~John Eldredge in Wild at Heart
Maybe you'll understand my lament. As I type this I'm sitting in about five feet of tangled computer wires. Where they belong, I have no idea. Behind me sits a computer half mutilated with it's parts hanging out for all to see. This to me looks like a pigsty, but to my husband, it's a challenge, an adventure; figuring out how each piece connects together. It's not work to him, nor is it just a mess to clean up. For him, it's playtime!

Like me, you've hopefully noticed the staunch differences between us and man. There is something wild in him, cunning, and surprisingly playful. When I get free time, I spend it in either business or rest. When my husband gets free time, he plays! He doesn't think about the undone laundry, the unvacuumed floor, or the mess of wires he'd left his office in. No, those are the things farthest from his mind.

Last month our Pastor did a sermon on the family and he told us about several things a man needs: Companionship, Honor, and Sex, but I'm pretty sure that he missed one. Play! If you've ever seen a boy with his toy gun you understand, and truth be told; not much changes as they get older. And while some women roll their eyes and move on, I suspect that there is something to be valued in a man's playfulness.

It expresses something about God, something wondrous! Something magical. Amid the religious legalities comes this breathe of fresh air: God loves to play!

Does this shock you? Perhaps you grew up being taught that God was a serious being. He told you right from wrong, and He expected absolute perfection. He was more a staunch nun than a loving Father. A God that played was so far removed from my mental picture that when I first thought of it, it made me laugh in protest.

But then I saw the Hippopotamus, the platypus, the rhinoceros, the giant Chinese salamander, and the star-nosed mole. A God who made such ridiculously wondrous animals had to have a playful side.

I think the only thing God loves more than being playful, is watching His children play. That's where man comes in. He reminds us of one of God's most amazing characteristics. He reminds us of the Abundant Life that Christ has called us to, one in which play and adventure are encouraged. Man reminds us that there is joy in the journey if we'll only put down our "Martha" aprons and enjoy it.