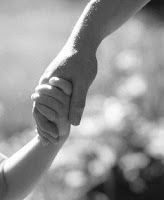 Jeremiah 30: 17 But I will restore you to health and heal your wounds,' declares the LORD..

It had been an awful morning. My eighty five year old grandmother caught me as I was heading out the door to complain. Complaining turned into fighting, and fighting to harsh words that were uttered on both sides. It wasn't a small step for my mind to start free falling into self pity. Why me? Why give up my youth to help a woman who can do nothing but complain....God where are you in this? Where are you when I'm hurting?
With a heart full of pity and anger, it wasn't hard for the enemy to start in with lies. I thought about throwing up my hands and going back to bed, anything to make that moment stop. I was supposed to be heading to church for a training, but all I really wanted to do was sit in my own mess.
Regardless, something pushed me forward. I went to the training despite my emotions. Even at the training old lies were coming up and I was miserable, until we started to do exercises. One exercise during training is to pair up and stare at each other for sixty seconds without any verbal interaction. I was paired with a bright, talkative woman, and the first time we both laughed nervously. This was awkward! But the second time, taking our instructors advice to stop focusing on ourselves and start seeing the other person, it was different.
As we connected, two things happened. One, I felt loved and vulnerable. The second, was that this woman got a word for me. Her words were spot on, as if she had opened my heart and peered directly into it. They were not vague words of prophecy that could be applied to anyone. They were hard, piercing truths that no one could have known except God. And right there, in heart surgery, a wound was healed and sown shut.
I'm constantly suprised by His love and care for me. It's so easy to forget and get caught up in the business of life. It's so easy to forget that Jesus was tortured, beaten, taunted, and hung for me, even on the days that I feel more like sitting in my own mess than allowing God to heal me.
What I learned today is that there is a reason that Jesus asked the lame man if he wanted to get well. It wasn't a rhetorical question. It was aimed directly at the heart of the matter, because sometimes it takes more energy and faith to get up than to sit in our mess and stew. But God is always there, reaching out with healing and restoration. It's just a matter of standing up and taking it.

John 5: One who was there had been an invalid for thirty-eight years. 6When Jesus saw him lying there and learned that he had been in this condition for a long time,
he asked him, "Do you want to get well?" 7"Sir," the invalid replied, "I have no one to help me into the pool when the water is stirred. While I am trying to get in, someone else goes down ahead of me." 8Then Jesus said to him, "Get up! Pick up your mat and walk."
Email Post
Labels: freedom healing