The Freedom to Communicate effectively..... 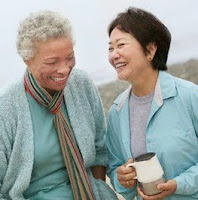 No one would talk much in society, if he knew how often they misunderstands others. ~Johann Wolfgang von Goethe~

It had happened again. I sat on my bed holding the pillow with tears streaming down my face. Somewhere between "How was work?" and "Will you do the dishes?" Kevin and I had engaged in another fight and I doubted very seriously that the fight was actually about the dishes. I knew that there were issues under the surface but I didn't know how to talk about them, and so left unvoiced, every fight began to look alike. Surely there had to be a better way to get points across than this, I thought.

You know it, you've seen it, and you've probably lived it. Miscommunication. It's everywhere, it's rampant, and it's not only counterproductive, but it can be downright hurtful and wounding. I'm sure there are books and CD's out there that will talk about how to get points across, but this blog isn't about that. It's about what we do on the reverse side.

The first problem with any communication is that it's automatically filtered by the person hearing it. That person's filter is made up of threads upon threads of life experiences, wounds, hurts, and judgments. The wounded wife only hears her husbands voice with disdain and criticism, the abused child filters all communication through the fear of authority that has sunk into her spirit, and the begrudging employee only hears communication through a filter of distrust, hurt, and rejection.

The second problem with communication stems from the person speaking, or not speaking as the case may be. Often we communicate by modeling the things we've seen our families do, and many times we fail to communicate at all based on the fears, wounds, and hurts of the past. Both are equally dangerous and frustrating. The boss who fails to communicate issues and expectations ends up frustrated and exuding poor leadership. The wife who fails to communicate her needs ends up frazzled and angry and lashing out. I grew up in a household where most discussions were not spoken but yelled, and I modeled that during our first few years of marriage.

So what's the solution? How do we navigate miscommunication, especially when we feel it's the other person's foible. The answer is that we must change ourselves, and that change starts with addressing our own filters. To do that we have to address the wounds, hurts, judgments, and life experiences that helped shape that filter and this requires God to be involved. It's easier than it sounds and cheaper than therapy. It's about asking God when those fears, hurts, or wounds first showed themselves and then navigating through that memory.

For example, one of the biggest issues I had with authority was that I had a hard time trusting anyone over me. When I prayed the face of my old youth pastor popped up. He was unfortunately a man who abused his status and loved to make others feel bad. When my husband and I, I being a youth intern, went to him with the news that we were engaged, he told us that our marriage was doomed and headed for divorce. A man I trusted, a man I followed and thought Godly was not only rejecting me but speaking curses over my future. For years I carried a distrust of authority and so everything I heard was filtered through that. Miscommunication was often a result of the filter that I took everything in through.

The good news was that Jesus showed me that he was right there, shaking his head at the actions taken by a man who claimed to know Him, and I was able to see that Pastor for who he was: a wounded man himself. Forgiveness came, and with that came freedom. That filter was suddenly demolished and I was back to what my pastor calls my "factory settings." I was free to accept words from others without attaching my own issues to them, and that felt good and most importantly free! I couldn't change what other people said or how they said it, but I could change myself and how I received it.

If we could all understand both the filters we hear through, and the internal filters our words come through, better communication could be a blissful reality. But like everything else on this journey towards Godly beauty, it all starts with freedom. Sweet Freedom!