When doing the right thing is hard... 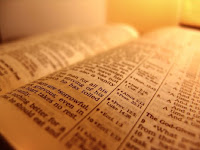 James 4:17 So whoever knows the right thing to do and fails to do it, for him it is sin.
Your life may be the only Bible some people read. ~Author Unknown
We were on vacation last year visiting my brother who spent a few months studying abroad in France. My husband was home working when we got a call from him that Nonna had fallen for the second time. The first was debilitating but this fall left her on the floor for two days before neighbors and my husband started to wonder where she was. My heart dropped to the floor as the reality set in that she could no longer live alone, and that the very best option for her was for us to come take care of her. My Nonna is a fiesty, fiery Italian who my father used to call the "spice of life" but there was one very real problem. She was wounded, and as we say in freedom ministry, while free people free others, hurt people hurt others and from the time I was a pre-teen I'd been repeatedly hurt by her. Some of the hurt was only because of perception, and other parts of the hurt were truly a reality, and I silently wondered if I could live day in and day out with a woman who had truly wounded me as a young girl. We prayed, we sought counsel about it, and every one we ran into told us that moving in was either a bad idea, or crossing familial boundaries. Nobody had high hopes that this would work out but it was really our only option. Even Christians looked at me and said that it wasn't a healthy boundary to keep up and that it would be better to send her to a home or assisted living, but the problem was that we had no way of doing or paying for that and neither did she. I cried out to God thinking surely that this had to be a mistake. Surely this wasn't the right thing to do, because it was going to be so hard! God wouldn't ask this of me would he? After many prayers I decided that if this is what God asked of me, I had to be willing to open my heart to do it.

The first few weeks were painfully hard. We're in our mid twenties, and giving up freedom to do what we wanted, when we wanted, was hard. She had a hard time getting used to the fact that she could no longer be completely independent. We clashed, we fought, but the difference was that this time I was looking for God amidst the chaos. I was looking for what he was doing. Like Elijah I was waiting for God to pass by me.

And He did, God came and He came powerfully. As I began to open my heart to her, we both began to heal. She told me stories of her life in Italy and of the wounds she had received and she began to praise and appreciate all I did for her, which healed the wounds she'd dug in me, and between the two of us we forgave and healed together, and we're still forgiving, healing, and most of all living.

Living with her has taught me patience, and the importance of doing good, even to those that have hurt you. It's taught me that things aren't always what they seem and that you can never pigeon hole or generalize anyone. I've learned that humans are much more complicated than just being good or bad, and I've learned much more about the freedom Christ gives us than I thought I would.

Doing the right thing isn't always going to be daisies and rainbows. Sometimes doing the right thing will feel good, but sometimes it's going to hurt. Sometimes God's trying to surgically remove something dead in us, and as He does so there's going to be some pain attached. But if we'll let Him heal us, He promises to restore all that we've lost. I don't want anyone to hear this as "do the right thing or you're not saved." This is not a salvation issue. This my friends, is a heart issue; the business of becoming free, the choice to trust God no matter what he asks of us because He's got our best in mind.

Looking back, I wouldn't change a thing. The other day my Nonna got excited as she thought about having her great-grandchildren living with her, and I have to admit, I got excited too. I wouldn't change our situation for the world. God has healed me from so much, and I can't wait to see what else he has in store!
Email Post
Labels: life-giving principles