Balance is just another word for freedom.... 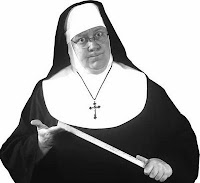 Alright, I confess, I've always been an all or nothing kind of person. My house is either immaculate or ridiculously unkept, my eating is either perfect or awful, my exercise routine is either vigorous or nonexistant. I live in the extremes because someone somewhere told me that I either had to be perfect, or it wasn't worth persuing.

When I came to Christ I brought the all or nothing attitude with me and quickly realized it couldn't work. I couldn't be perfect all of the time, and so when sin crept in I fell into a tizzy of guilt and anguish. I existed in this cycle of guilt, blame, depression, and hopelessness for so very long before I realized that my all or nothing attitude was simply another word for bondage.

During a bible study we heard a talk on alcohol and how Christians should never partake of it. Not really having an opinion I played devils advocate and asked about Paul's exclamation that "All things are permissible, but not all things are beneficial." The leader retorted that alcohol had no benefits. I in turn argued that cupcakes and chocolate also had no benefits, but they were surely good to eat everyonce in awhile and were surely not the object of scorn like alcohol was. That's when I realized I wasn't the only one struggling with that all or nothing attitude. It had another name in the church; legalism, and I heartily suspected that it too was bondage.

The bible speaks over and over again about the "freedom" we have in Christ, but I just couldn't reconcile that with the legalism and bondage I saw both in the church and in myself. Surely there was more to the abundant life God had for us in Christ besides the guilt of not attaining perfection, or the exhaustion of abstaining from even things that are benign.

Romans 8: 1Therefore, there is now no condemnation for those who are in Christ Jesus,2because through Christ Jesus the law of the Spirit of life set me free from the law of sin and death. 3For what the law was powerless to do in that it was weakened by the sinful nature,God did by sending his own Son in the likeness of sinful man to be a sin offering.And so he condemned sin in sinful man

It made sense to me. Whenever I outlawed something, like cupcakes, from my life, I inevitably found myself drawn to it. It's like waving a cookie in a child's face and saying, "Ha! You can't have this," and then watching the child's hunger for it grow. I could only imagine what pain, guilt, and anguish the old covenant brought with it's rules, regulations, dos, and donts. Legalism brings death, and it always will. That's what Christ tried so hard to illustrate to the Pharisees, the men with the million rules. He told them that they were burdening the people, but that Christ's burden was light.

Everyonce in awhile that all or nothing attitude tries to creep back in, but most of the time I tell it where to go, and grab a cupcake. And guess what? I don't feel guilty!
Email Post