Not giving a foothold.... 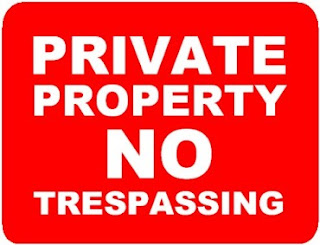 John 10:10 The thief comes only to steal and kill and destroy; I have come that they may have life, and have it to the full. Ephesians 4:27 and do not give the devil a foothold.
The holidays are approaching fast and my stomach tightens as I think on it. The holidays for my family are hard. Three years ago this January we lost my father, and since then we've struggled with how to handle the season. For seven years now the holidays have been anything but joyous. Many of them were spent in hospitals, and doctors offices, and others were spent in mourning. But as I think on the season approaching, I refuse to let my joy be stolen again. It's so easy to do isn't it? To let life and the enemy steal our joy, steal our happiness? It's so easy to listen to the lies. The enemy likes nothing more than to see defeated, unhappy Christians. There we aren't powerful. There we aren't a testimony. There, he wins, if only temporarily. It's when we can go through the rough patches of life and overcome with joy and gladness that we become powerful, that we show God's glory.
I think back to a story I was told by a friend who'd gone to Mexico on a missions trip. She said that she was suprised and awed by how happy the natives were, even though many were homeless, orphaned, or without food. Paul was beaten, shipwrecked, imprisoned, starved, abused, rejected, homeless, and humiliated. Yet he said he found contentment in any situation. He wasn't going to let the enemy steal anything from him. That's the kind of attitude I want to live my life with.
As women, this is especially important for us. We're daughters of the Most High God! We're effectively princesses, but most of the time we feel more like the Cinder girl than Cinderella. Why? Because the enemy comes to steal, kill, and destroy. He'll find any foothold, any place in your heart that's uncertain of God and who you are, and turn it against you. He'll take your wounds, hurts, trials, and tribulations, and rub salt in them. He'll lie to you, He'll do whatever he can to defeat you. But the good news is, with God, you cannot be defeated.
This holiday season I'm standing up to the enemy. I won't let him steal my joy again. I'm claiming it back and telling him to get off my property. Now it's your turn.
Email Post
Labels: life-giving principles