Learning to grow where you are planted.. 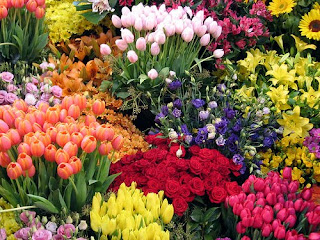 Jeremiah 29:7 7 And seek the peace of the city where I have caused you to be carried away captive, and pray to the LORD for it; for in its peace you will have peace.

God's people had fallen from grace once again and another captivity began. I can't even imagine how hard it must have been to be taken from your home, the promised land no less, and deported to a foreign land with foreign gods. I'm sure that their cries rose to the heavens daily with repentance and longing to see their home again. Not only were they far from their own country, but most were taken into slavery, no longer masters of their own households. I'm sure peace was probably elusive.

To them, it must have felt like the end. I've been there, and let's be honest here, you probably have too. Tragedy strikes, sometimes a tragedy that's caused by our poor choices, or someone elses. We cry, we kick ourselves, we wish, we regret. I'm sure that at that point God's people were doing just this. But God says something that they don't expect.

He tells them to settle in!

He tells them to take wives, build houses, and prosper. Huh? I'm sure most Hebrews were scratching their heads at this point! What did God mean when he told us to take wives? To put down roots here? And He wants us to pray for them too? This is Babylon for goodness sakes!

Let's put it in different terms. God was telling them to grow where they had been planted. Captivity had happened, and for now there was not much that they could do about it. They had to wait on the Lord's timing to be released, and so for now he was telling them to make the best of it. Life does indeed go on.

This is an encouraging passage for anyone. Often times we are not where we want to be in life, we're at a stale mate. We're playing the waiting game. But God's advice is the same yesterday, today, and tomorrow. "Grow where I have placed you, grow where you are planted." Often times there is a purpose in where He's put you. In the Hebrews case, this is the same captivity where Daniel helps interpret dreams for King Nebuchadnezzar. Or look to Esther who ends up as the King's wife and saves her people from complete annihilation!

Paul puts it another way when he says that "I have learned to be content whatever the circumstances." Paul had been hungry, cold, naked, bruised, beaten, jailed, and shipwrecked. And yet in the face of everything he had found contentment, he had made the best of the situation, and searched God's purposes in where He had been put.

Are you discontent with where you are in life? Hear what the Lord says to you today. He has put you here for a time, for a season, and He wishes you to grow there. You never know what beautiful spiritual flowers will blossom as a result.