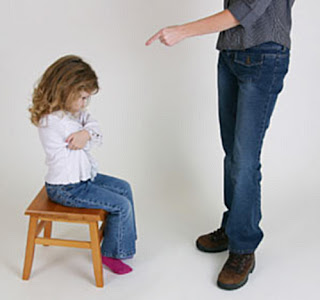 I had done it. My big fat mouth had gotten me in trouble again! In case you don't know, my mom calls me "the mouth of the south," and it's often truer than I'd like to admit.

You see, I'd overreacted in front of one of the people I do ministry with. That person lovingly took me aside and explained how uncool my actions were and that I had to learn to start checking myself. (Oh, and my mouth!) Ouch! Something inside me lurched. No one likes being corrected, but correction helps us grow, especially when we can accept it gracefully.

He who ignores discipline despises himself, but whoever heeds correction gains understanding (Proverbs 15:32)

What is it about correction that hurts? Surely we are not so deluded as to believe that we are perfect or that we execute everything perfectly?

I think our problem lies in being afraid for others to see us vulnerable. Making mistakes and being corrected means that our mask of perfection is taken down. Think about it? How many of us get embarrassed when unexpected company comes over and our house is less than in perfect shape? How many of us get embarrassed when others see us in less than perfect dress?
We want to project an image to the world of a put together, never late, always beautiful, always right woman and in doing so we loose something very valuable. We loose the ability to be vulnerable, to be ourselves, to show our humanity in all it's imperfect glory.

This does several things, but the most important of which is that it sets up an unattainable image for other women. Ladies, those of you who are older need to know that the younger women are watching you. Many of us did not have believing mothers and we take our cues on how to be a Godly woman from those we see around us. If you project an image of perfection, no matter how untrue it is, that's what the younger generation will strive for. They'll pick up the mask where you left it and continue on living behind it.

It also gives other women permission to forgive themselves and move on. I've seen too many women in bondage to unforgiveness toward themselves. They simply cannot admit their mistake and then move past it. They dwell, they pity, they sulk, they stagnate.

We all make mistakes and we all sin. I think many of us confuse correction with condemnation. It's how we hear it. Maybe we had fathers who were unbelievably critical, or we have a fear of failure. Whatever it is that we filter our thoughts through is how we'll react to it. But that's not how the Lord wants us to view it. Correction is good. It is needed.

Proverbs 3:11-12 11 My son, do not despise the LORD's discipline and do not resent his rebuke,12 because the LORD disciplines those he loves, as a father the son he delights in.

There is absolutely something beautiful about a vulnerable, open woman who can take correction graciously and move past it to learn from her mistakes.