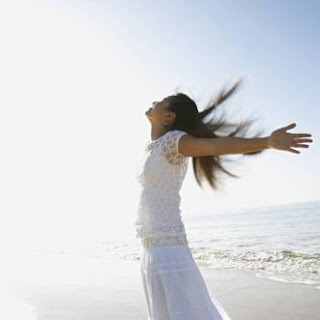 I met Jesus early. And when I say met, I mean just that. He was like the cute boy in the cafeteria. I knew of Him, shyly flirting at Him, walking circles around the idea of Him.

At 19, I moved away from everything and everyone I knew. I was an vocal performance major at the Boston Conservatory of Music, my second college choice. In Texas I was the big fish, but in Boston, I felt barely known at all. My roommates and I were busy practicing, and when we weren't doing that we were sleeping, which was hard to come by.

It was early one Saturday morning that my world changed. I woke up hoarse, though this wasn't too unusual. Because of the competitive nature of the vocal performance world, it was common to over practice. But just in case, I made an appointment for the following week with a well known ENT.

On Monday my voice was still gone. At this point I expected to be sick, but sickness never came. No fever, no gunk. I felt a little like Ariel, walking around signing and writing on a dry erase board.

Sitting in the ENT's office the next day, I was a wreck. I knew something was wrong now and I braced for the diagnosis. Vocal nodules. Severe. Severe enough to suggest surgery. Severe enough to end my operatic career.

I walked back to the dorms that day with two friends, all of us in silence. Me, because I'd been directed not to talk for five weeks, and them because they knew the devastation and words couldn't make it better.

Except for my best friend. I'd met her the first day of orientation and we just clicked. She was for all intents and purposes a Jesus Freak, but she knew me too well to proselytize. I was an arguer and a firm agnostic. I loved to debate.

But with my inability to talk, she pounced. Alone, and with my dreams all but dashed, I had finally come to the end of myself. And so I accepted what she said, and I really met Jesus. I walked right up to Him and asked Him to walk with me.

That was the moment my whole life changed. There were other powerful moments in my life, moments of freedom and healing, moments of breakthrough and brokenness. But this was the beginning.

My story is still unfolding, but I find the courage and bravery to walk through it with Someone else at my side.